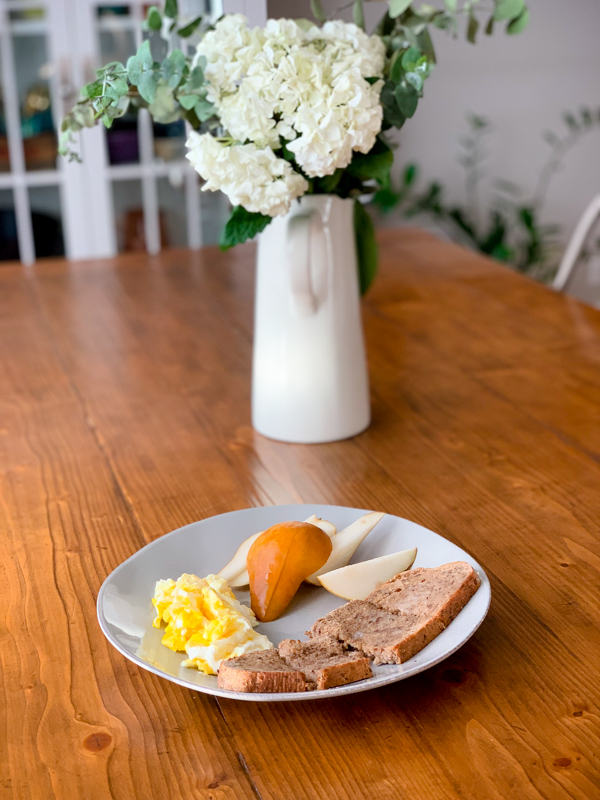 Throughout the rest of the day I continued to see combinations of 10/26 everywhere! I met my dad’s cousin, who just happened to be passing through Cville, for coffee, and we share a birthday. On the way there, I checked to see if I was on time for our 10:30 meeting and it was exactly 10:26 on the clock. I noticed that gas was $2.62 on the way home. My radio station was set to #61. Later in the day, I listened to a Lively Show podcast (for the first time in ages!) and Jess talked about how aligned numbers played such a big part in her recent life changes, just as they seemed to be for me today.

When I brought this up to my neighbor, she told me her son was due on her birthday – January 29 – which just happens to be 01-29, which is awfully similar to 10-26, just backwards and upside down! Ahhh!

By the end of the day, I was probably looking for signs, but they just kept coming.

I think this is the universe telling me that the baby is coming on my birthday, which would be 4 days after my due date (6-2 = 4!!) Obviously I’ve been obsessed with the number 26 my whole life so I would love for him to share my birthday, even if it means he’s not coming in the near future. So I am surrendering to this new “plan” and if he comes sooner it will be a pleasant surprise!

Yesterday for lunch Thomas and I met birthday brother Clay and his family at Kitchen(ette), a hidden little sandwich shop off Harris Street. I had an epic roasted-pork and cheddar sandwich with chutney and arugula. I didn’t snap a pic, but it was great! 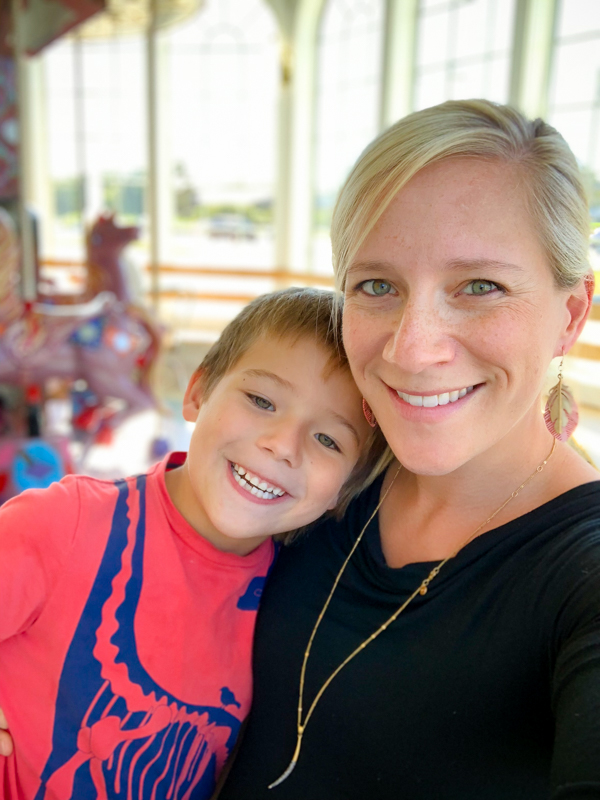 Mazen and I had after-school plans for a haircut (for him) and a Kohr Brothers Oreo Snowstorm (for me!). I’ve been craving one of their Snowstorms for weeks and honored the craving as a pre-haircut bribe. Fun fact: My parents brought me one to the hospital shortly after M was born! 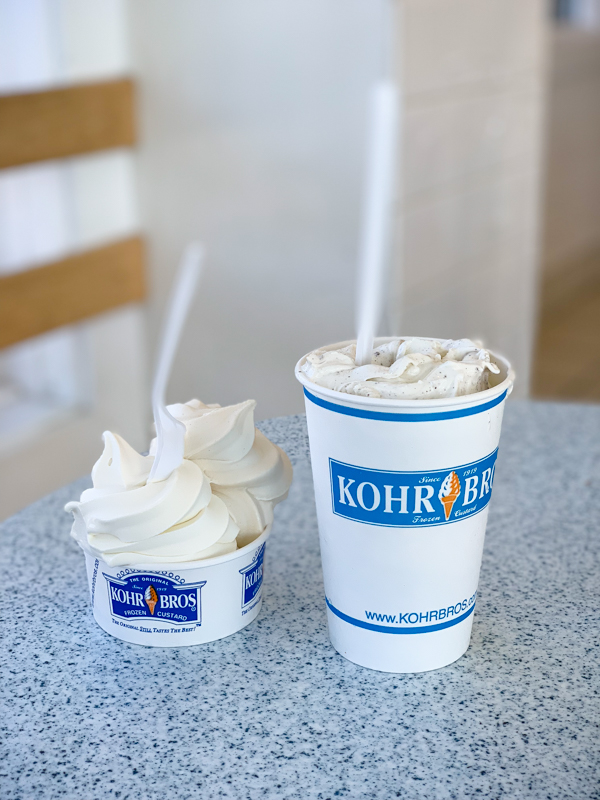 The haircut did not go so well, but it sure looks good! I don’t know why M hates haircuts so much. I’m glad the top of his hair has grown back out since his super short oopsie summer buzz cut! He likes it longer on top, and so do I! He played with the neighbors in the back of Thomas’s truck until dinnertime. Those kids sure know how to play! 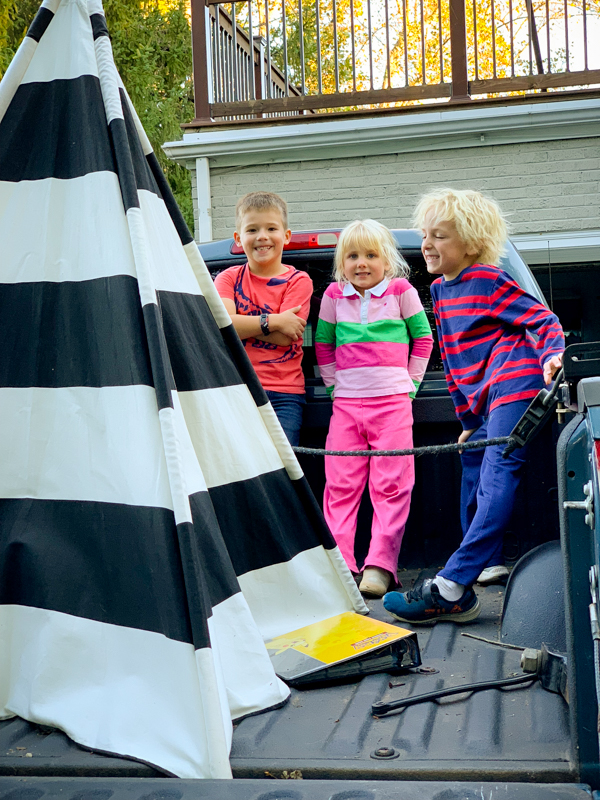 Thomas had back-to-back volleyball games last night, so M and I had a casual dinner night. He had a spinach and cheese quesadilla, and I had basically the same dinner as the night before – butternut squash soup (with some leftover smoked pork inside) and toast with goat cheese. 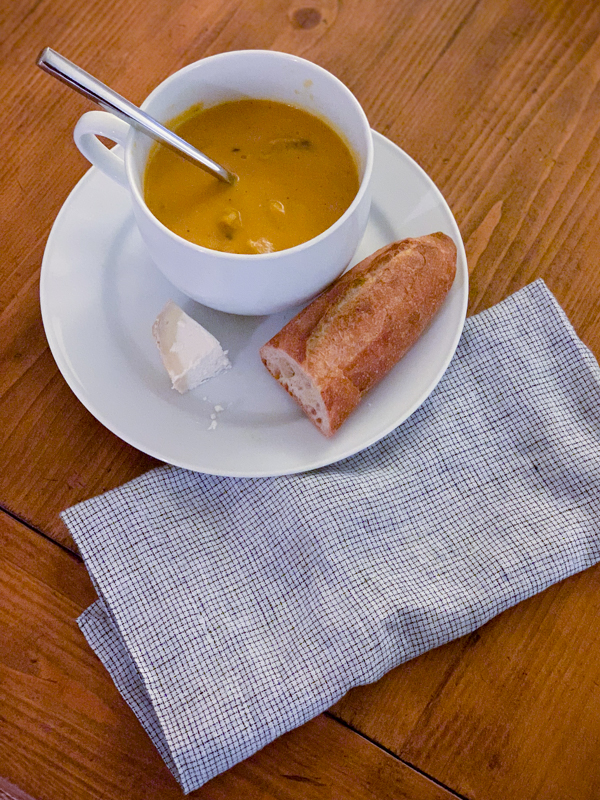 During bathtime I started to sort through some of M’s cold weather clothes. I’m taking out anything with a size 5 tag (he’s a solid size 6/7 now) and bringing out items his grandparents bought on sale last spring – like this cute Mini Boden jacket! The grandmothers find great sales at Boden at the end of every season and I tuck it away until the weather turns again. Opening up some of the new stuff was like Christmas morning! 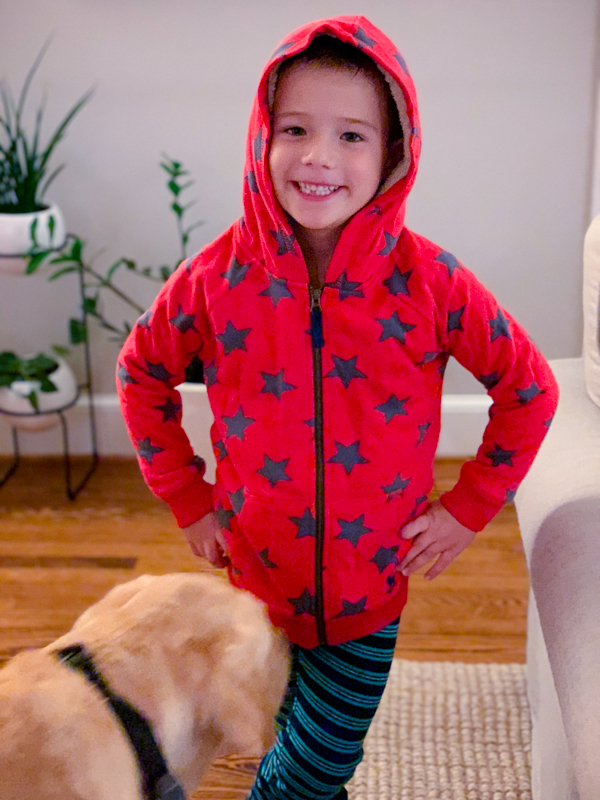 Bedtime was surprisingly easy because M was totally exhausted from the day. He fell asleep in one minute flat! I got cozy with the fireplace on and watched some TV before retiring to my book for the night. 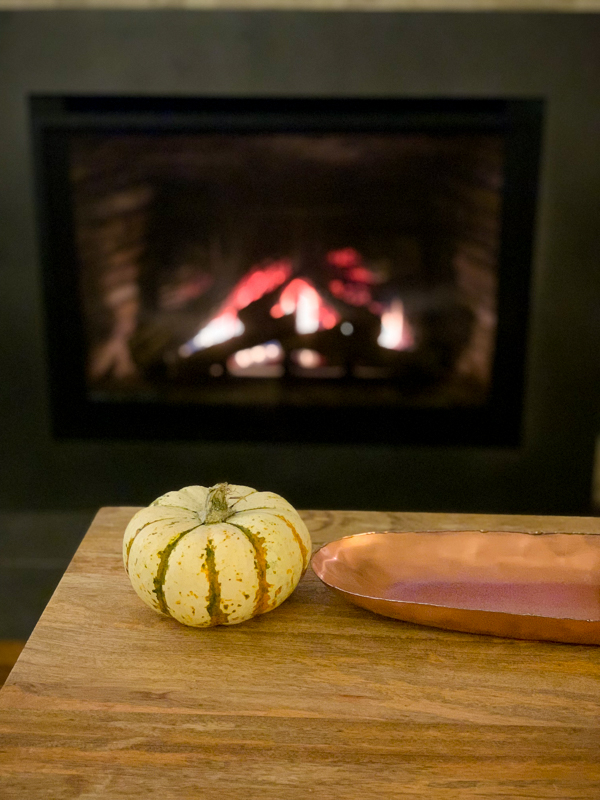 I am heading to Mazen’s school for a walk-a-thon this morning, and then I have my 39-week doctor’s appointment!

Hope you guys have a smashing festive fall weekend!