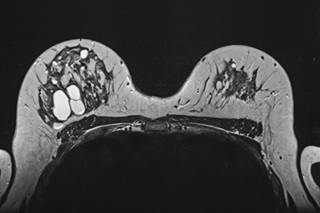 The drug combination was particularly beneficial for patients in the PD-L1–positive subgroup.

Atezolizumab plus nab-paclitaxel significantly prolonged progression-free survival (PFS) among patients with metastatic triple-negative breast cancer, with an even greater benefit observed for patients in the PD-L1–positive subgroup, according to preliminary results from the IMpassion130 trial that were presented at the 2018 ESMO Congress in Munich, Germany, and published online in The New England Journal of Medicine.1,2

“A benefit with atezolizumab–nab-paclitaxel in patients with PD-L1–positive tumors that was shown in our trial provides evidence of the efficacy of immunotherapy in at least a subset of patients,” the researchers wrote in NEJM. “It is important for patients’ PD-L1 expression status on tumor-infiltrating immune cells to be taken into consideration to inform treatment choices for patients with metastatic triple-negative breast cancer.”

Patients with untreated, metastatic triple-negative breast cancer were randomly assigned to receive atezolizumab plus nab-paclitaxel or placebo plus nab-paclitaxel. The 2 primary end points were PFS and overall survival (OS). PD-L1 positivity was defined as expression on tumor-infiltrating immune cells of 1% or greater.

At first interim analysis, in the intent-to-treat group, median OS was 21.3 months with the combination compared with 17.6 months for placebo plus nab-paclitaxel (HR = 0.84; P = .08). Among those with PD-L1–positive tumors, the median overall survival was 25.0 months compared with 15.5 months, respectively.

The safety of atezolizumab plus nab-paclitaxel was consistent with the known toxic effects of each agent.

Disclosure: This study was supported by F. Hoffman-La Roche/Genentech, a member of the Roche Group.

Read more of Cancer Therapy Advisor‘s coverage of the ESMO 2018 meeting by visiting the conference page.