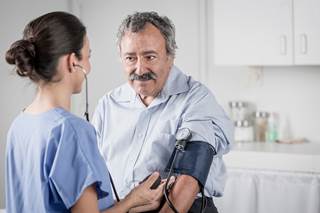 Hispanics have a 25% lower cancer incidence rate compared with NHWs, but Puerto Ricans are subject to a higher occurrence of infection‐related cancers.

Men living in Puerto Rico, a territory of the United States with a 99% Hispanic population, had higher rates of prostate and colorectal cancer compared with both non-Hispanic whites (NHWs) and Hispanics living in the continental United States, according to the “Cancer Statistics for Hispanic/Latinos, 2018” report, which was published in CA: A Cancer Journal for Clinicians.1

The report is published every 3 years by the American Cancer Society and includes data on cancer occurrence, risk factors, and screening for Hispanics in the United States based on data from the National Cancer Institute, the North American Association of Central Cancer Registries, and the Centers for Disease Control and Prevention. This was the first report to also include data on individuals in Puerto Rico.

Overall, there will be an estimated 149,100 new cancer cases and 42,700 deaths due to cancer in the Hispanic population across the continental US and Hawaii in 2018. Looking at all cancer types, the report showed that Hispanics have a 25% lower incidence rate and a 30% lower mortality rate compared with NHWs. But, individuals in Puerto Rico are subject to a higher occurrence of infection‐related cancers.

Other interesting trends uncovered with the addition of data from Puerto Rico was Puerto Rico’s low incidence of lung cancer deaths compared with NHWs and US Hispanics (19.8 per 100,000 vs. 56.3 NHWs and 26.5 in US Hispanics).